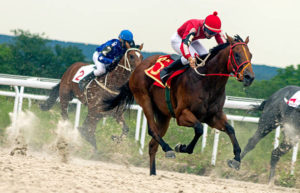 Presently, horse racing is the second-largest sport in Great Britain and the most popular horse racing events in the nation like Royal Ascot are deemed as the most vital events of the entire year. In fact, horse racing as a sport generates more than 3.7 billion pounds for the British economy and most of the major horse races are held in 10 among 12 months of the year. Horse races have always been a necessary part of the British culture.

18th and 19th Century horse racing in the UK

A keeper of several horses, Queen Anne had founded the Royal Ascot in the initial part of the 18th century and this is why the opening race of every Royal Ascot is called Queen Anne Stakes. This sport took to its peak in the 18th and 19th centuries and under the influence of Sir Charles Bunbury, the Derby and Oaks were introduced at Epsom. Later on in the 19th century, the first ever steeplechasing races were introduced and William Lynn introduced the Grand National during the end of the 19th century.

You’ll be rather glad to know that Britain is home to 60 official race courses among which most of them are dated back to the 1920s. Majority of the tracks among them have been converted to turf, unlike most tracks in the US. So now there are just 6 tracks in Britain where horse races can be hosted at any weather:

All of the above mentioned all-weather horse racing track are made of Fibresand, Tapeta or Polytrack. 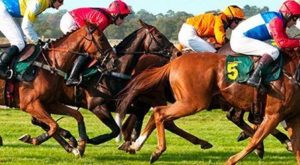 Starting from March till December, there are several of those major horse races as well as festivals which occur throughout Britain. There are events like the well-acclaimed Royal Ascot to the less-popular Coral Welsh National which occurs in Wales. You need to know that all events aren’t same; while some are national hunt racing, some others are flat racing. But they all are waited for with equal anticipation by the Brits. Let’s check out a list of events:

Henceforth, if you’re a resident of Great Britain, you should be aware of the horse racing culture of the place. This is certainly something that the Brits should be proud of.

Horseeventsuk
Previous articleTemplegate’s top horse racing tips – Which are the horses to follow through summer?
Next articleEvent guide on Cheltenham Festival 2020 – The runners and riders